Mineral Expertise contributed to the conception of the Renault 5 Diamant car designed by Pierre Gonalons for the automotive brand to celebrate this iconic model’s 50th anniversary in July 2022.

Renault decided to team-up with Pierre Gonalons to reinvent this model, true symbol of the pop-culture, sold at more than 5 million units, with the creation of this electric show-car, capturing the designer’s vision of the car of the future, combining automotive and interior decoration hallmarks.

Working on a regular basis with Pierre Gonalons who ranks among Architectural Digest’s 100 leading creators and representative of French arts and crafts, Mineral Expertise pooled its expertise on this project.

Developed with our ®Eco-Mineral-Process, the steering wheel is made of marble on carbon. Its unique shape does not make it any less driver friendly. The steering wheel and storage compartment are made of French Grand Antique d’Aubert marble that Pierre Gonalons is so fond of and that he already used for the Loggia armchair which was awarded with the French Design 100 in January 2022. 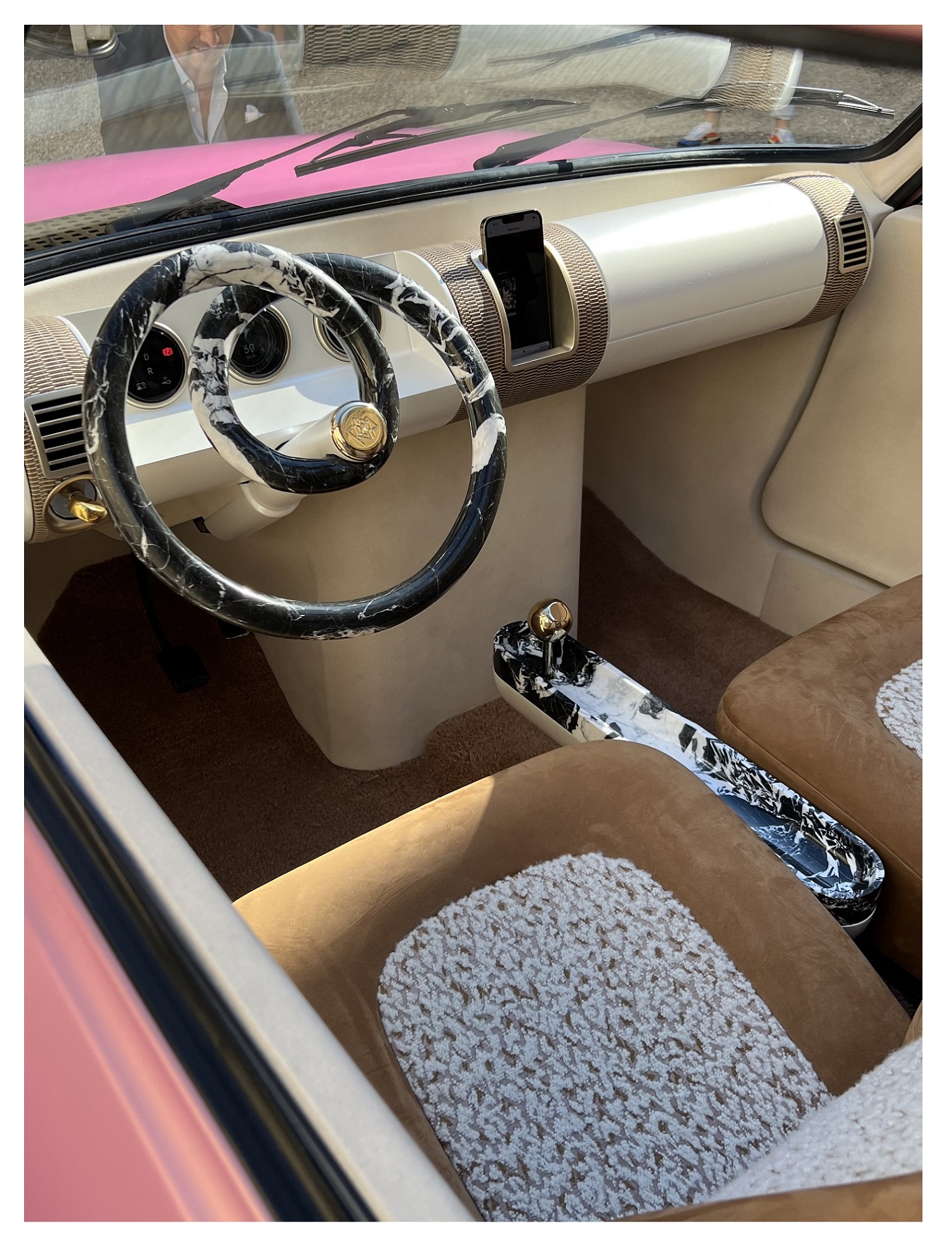 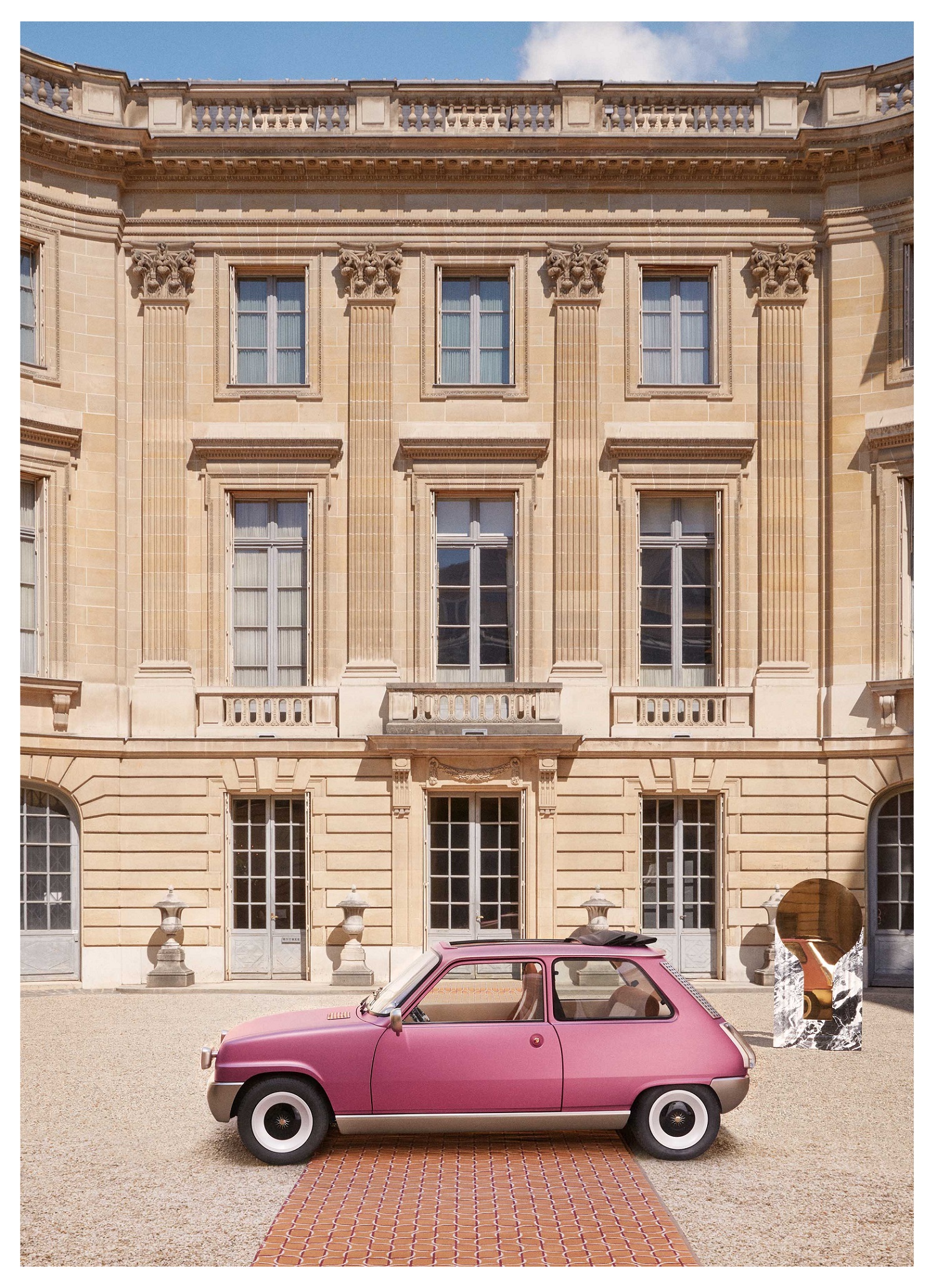 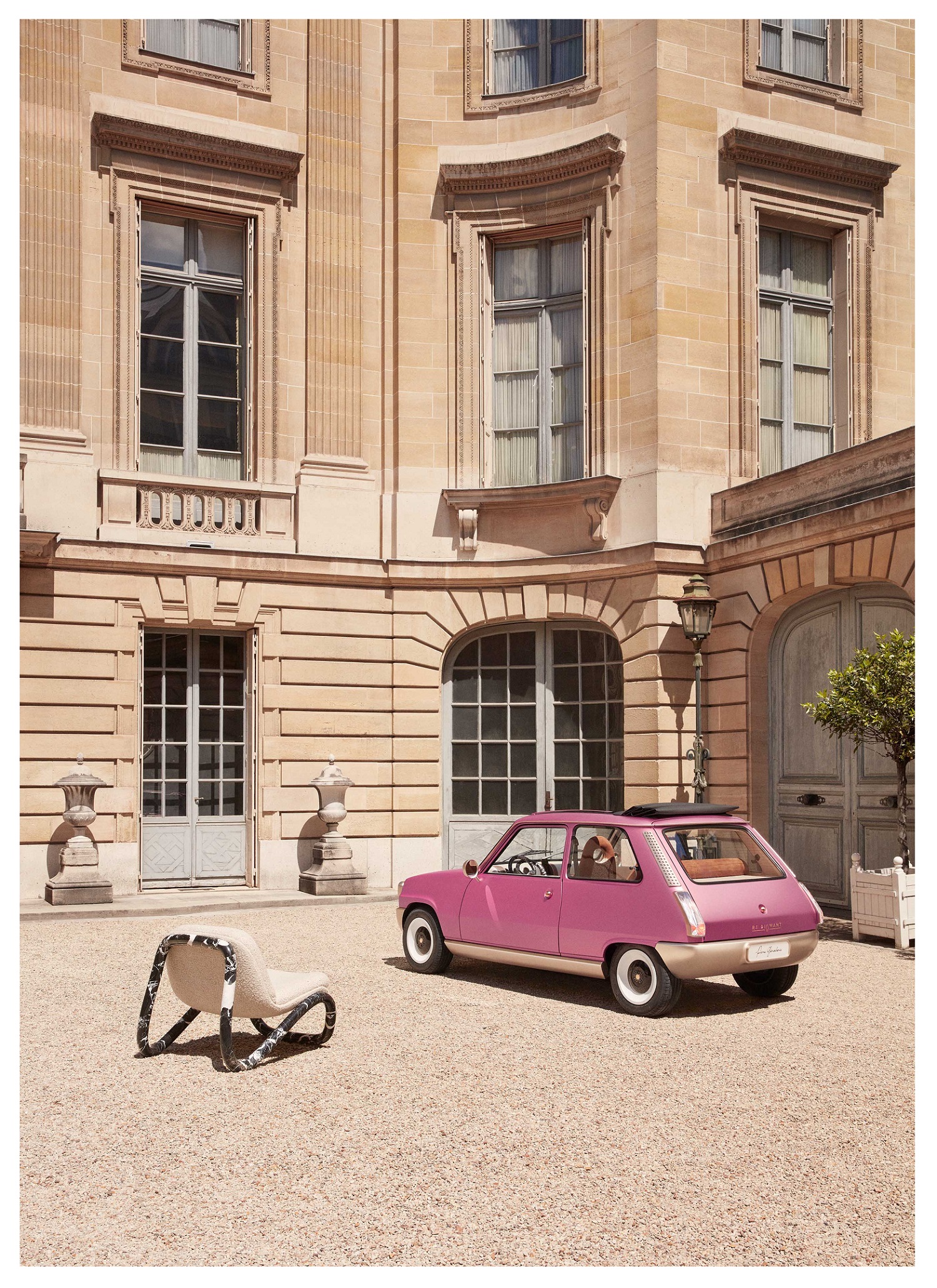 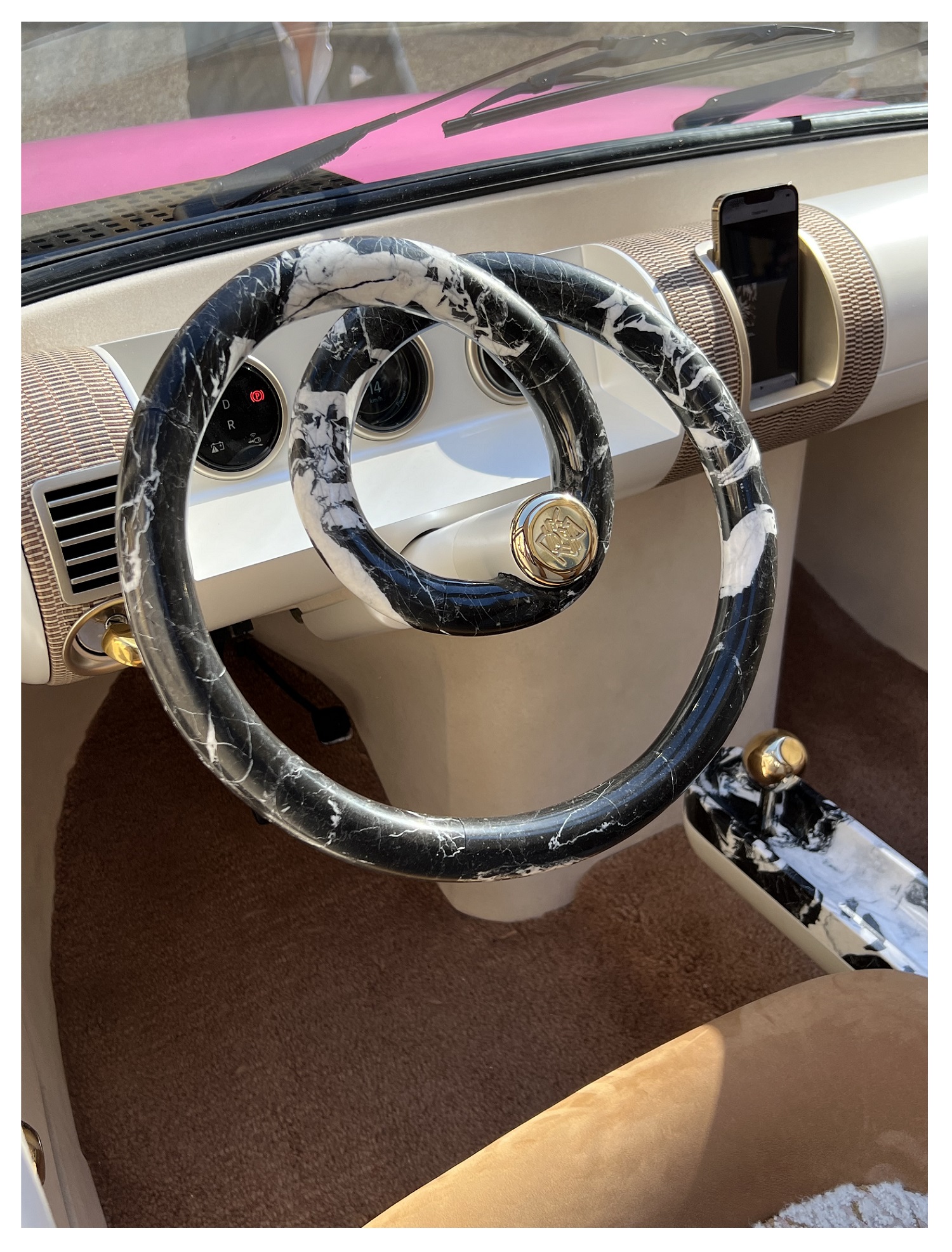 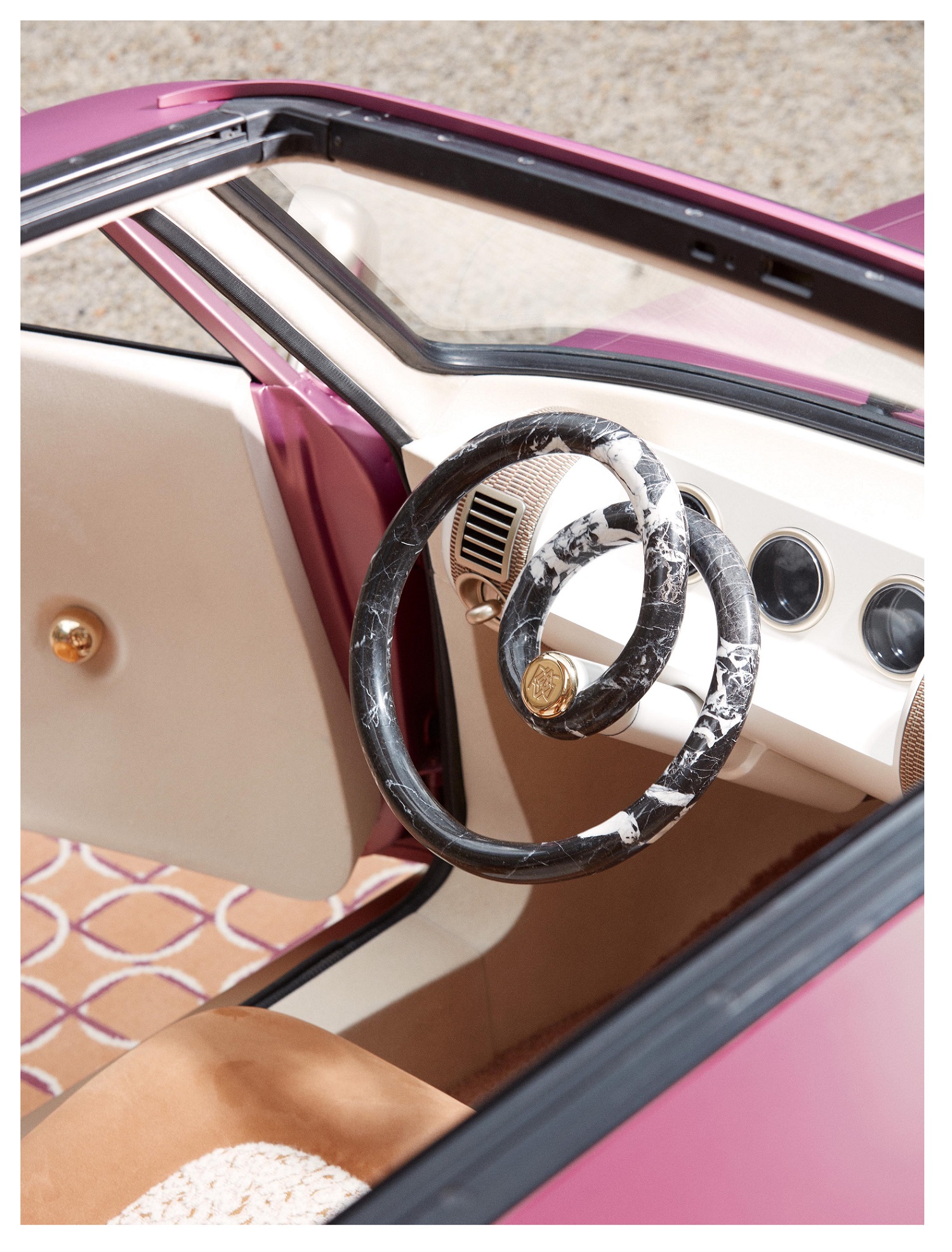 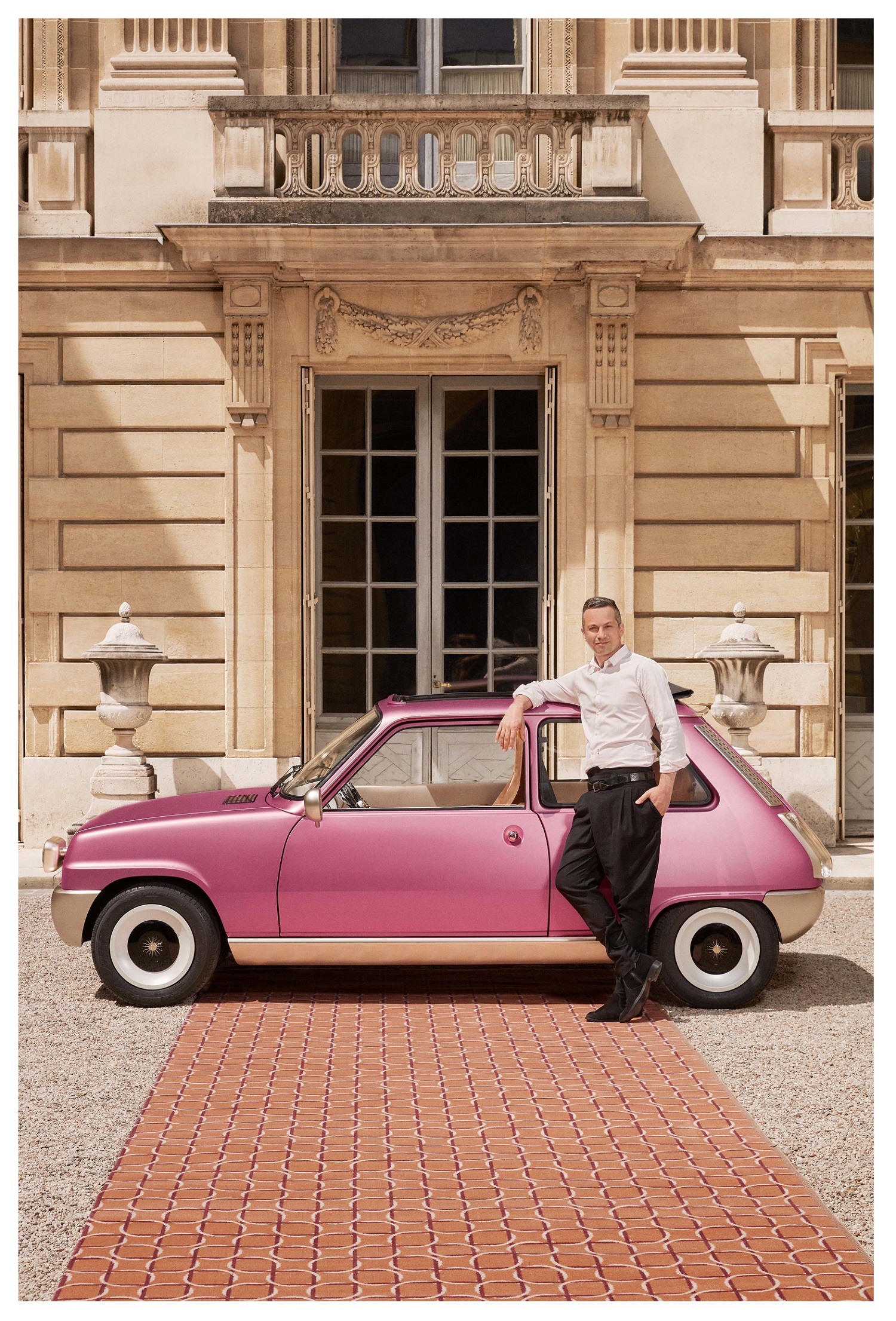 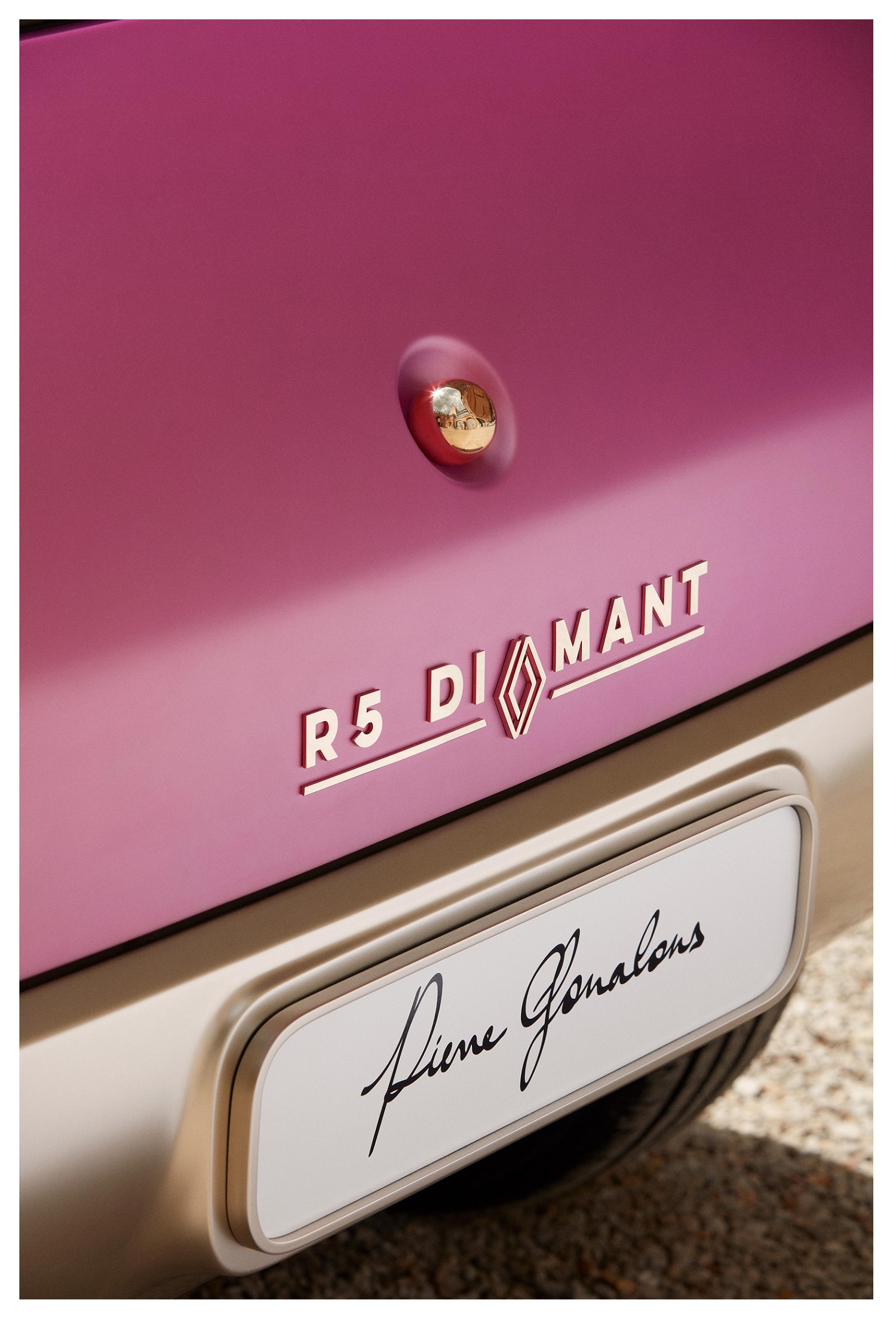